Not seeing a Scroll to Top Button? Go to our FAQ page for more info.

What a spectacular year we have enjoyed! Our 19th APDC in Kuala Lumpur West Malaysia was unbelievable and epitomized how special our members, our society and our global family truly are. We have celebrated with Dancepointe Singapore our first 300+ Come Dance With Me candidates. Our regional growth continues to build as we set the benchmark for being the evolutionary society for dance. China , India and Taiwan have seen extraordinary growth and we have begun our journey in Indo China with the Advanced Learning Academy in Phnom Penh , Cambodia. We welcome Cambodia into our international community, as the first step on our Indo China journey.

One of the joys of my job is to meet one on one with our members and listen to what they have to say so that I can integrate this into our strategic plan, ensuring CSTD delivers programs that support teachers. We are excited at the prospect of our new Hip Hop syllabus and I am sure this will be value added for all of our studios. As a society we are unique in the range of genres we can offer our members and know that the Hip Hop syllabus will be embraced by you all.

We can never offer "too" much to our members. CSTD is a smorgasbord of choice - the buffet of dance. In being so diverse we can ensure there is a genre attractive to every student and opportunities for all our studios to prosper.

Keep dancing with love in your hearts and spring in your feet!

In closing we wish all our members safe and happy holidays and best wishes for Christmas and the New Year, however and wherever you are celebrating! Looking forward to a great 2018! 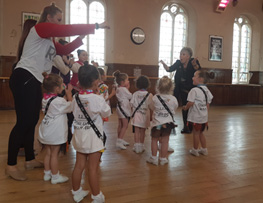 Examination were again conducted in Cornwall, UK in April of this year. The Big Dance Company are progressing very well & Examiner Mrs Richards was very excited to conduct the very first "Come Dance With Me" Class Performance for the UK. Principal of the BDC, Ms Fiona Richardson said now they had commenced this pre-school program they had received much interest. Mrs Richards said it was fabulous to see the joy in the parents watching their little ones experiment with movement. The picture says it all! Everyone had a wonderful time!

All other students applied themselves very well & results were extremely pleasing. 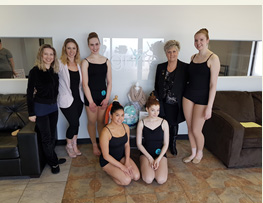 It was with great excitement to welcome one of our newest examination centre - Ignite Dance Studio in Saskatoon Canada. The studio under the very capable guidance of Principal, Michelle Fracchia-West entered students for Contemporary examinations. Mrs Richards also conducted a Theatrical & Performing Arts Workshop and spent time speaking to teachers interested in the CSTD Syllabi. We have now welcomed more members from this city & look forward to CSTD examinations growing from strength to strength. 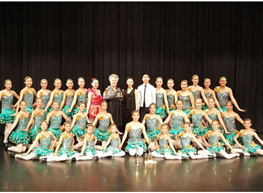 Congratulations must go to the students from Georgia's Dance & Art Cultural Centre for successfully completing their Dorothy Gladstone Modern Jazz Awards. This was the second time that students had entered for these stage examinations, Ms Georgia's students also performed some items which made for a very entertaining afternoon. Other examinations where conducted in the exam room & students worked very hard, Mrs Richards said it was so encouraging to see the students progressing so well through the Modern Jazz Grades. 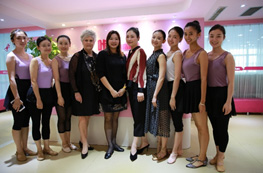 The second CSTD Examination session was conducted over a three day period in Nanjing. Both Ms Cheung & Mrs Richards examined students from Pre Ballet to Grade 4. All students were very polite & well trained by the many teaching staff that you see in this photo. 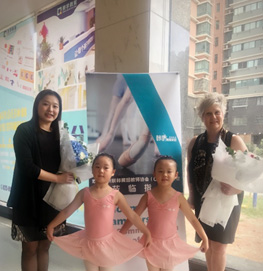 The examiners were greeted by two students from Kaka Dance studio receiving beautiful flowers. They are pictured here in front of a CSTD welcome banner. Mrs Richards said it was a very rewarding experience to see the examinations triple in size from last year, with everyone working so hard developing our syllabus. Next year we look forward to seeing the TPA & Modern Jazz syllabi introduced.

Mainland China continues to develop and Hefei is one of our major cities on the rise. This photo shows just some of the students & teachers from Pei Lei Studio as well as the Examiners that conducted exams over a 3 day period. Some students from this studio will travel to be part of the CSTD 19th Asia Pacific Dance Competition held in Kuala Lumpur.

August was a very busy month with Examiners travelling across many areas of Mainland China & then finishing in Shanghai. Many examinations were conducted along with our first ETA Course for Theatrical & Performing Arts. Ms. Mabel Cheung is pictured with students from Isee Cinderella. The Teachers from Times Arts Ballet School in Shanghai & also the teachers that attended & received their certification to teach the CSTD TPA syllabus Pre Grades. 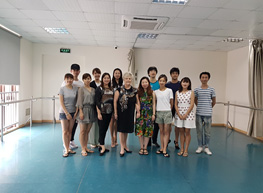 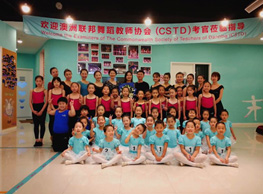 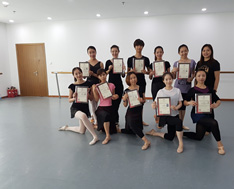 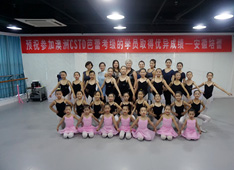 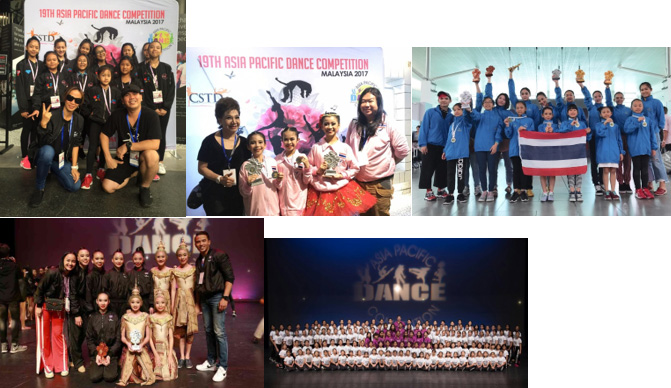 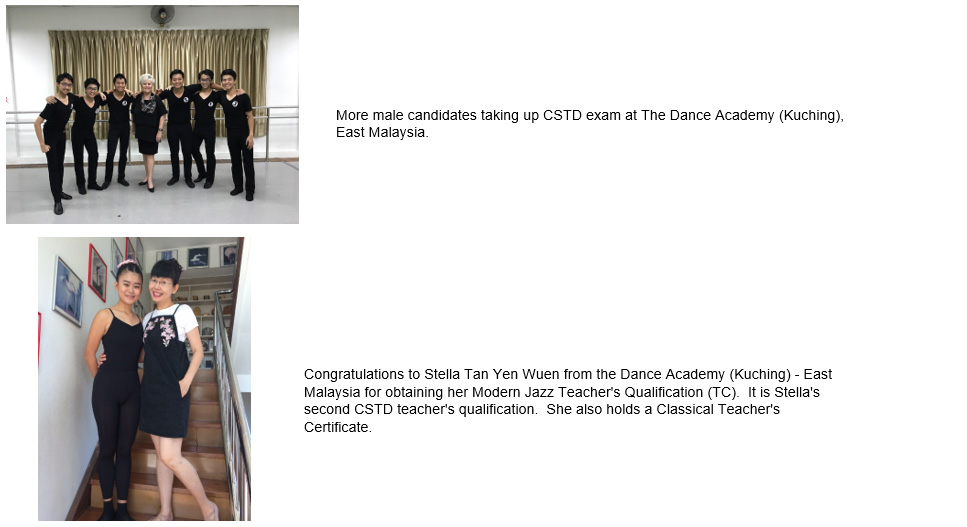 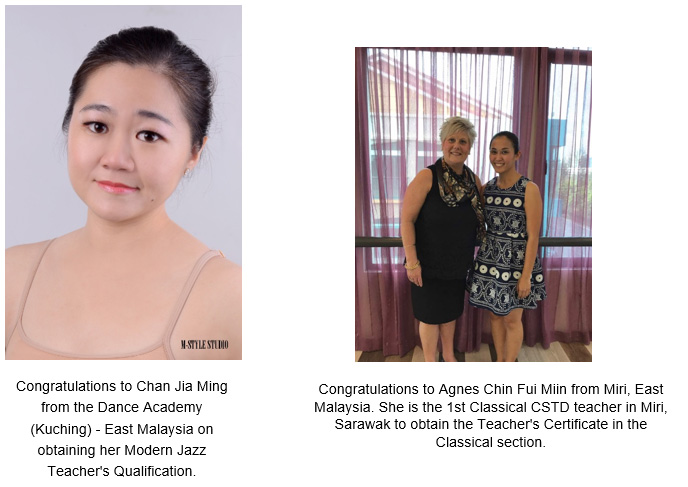 Congratulations to all our Singapore representatives at the 19th Asia Pacific Dance Competition! 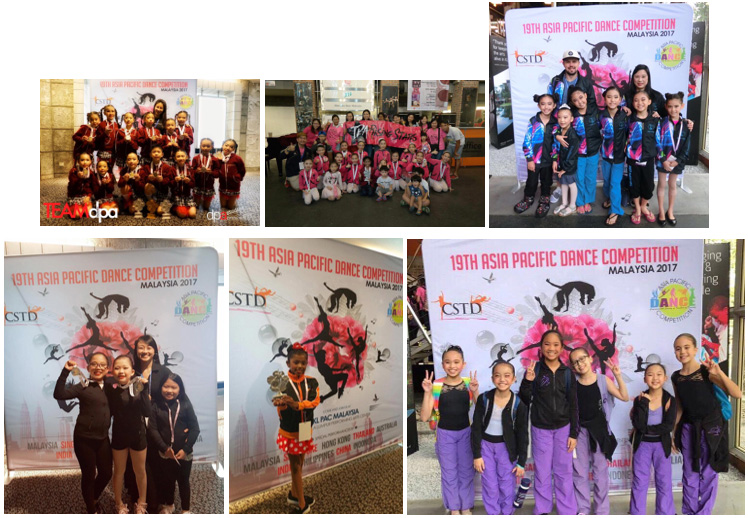 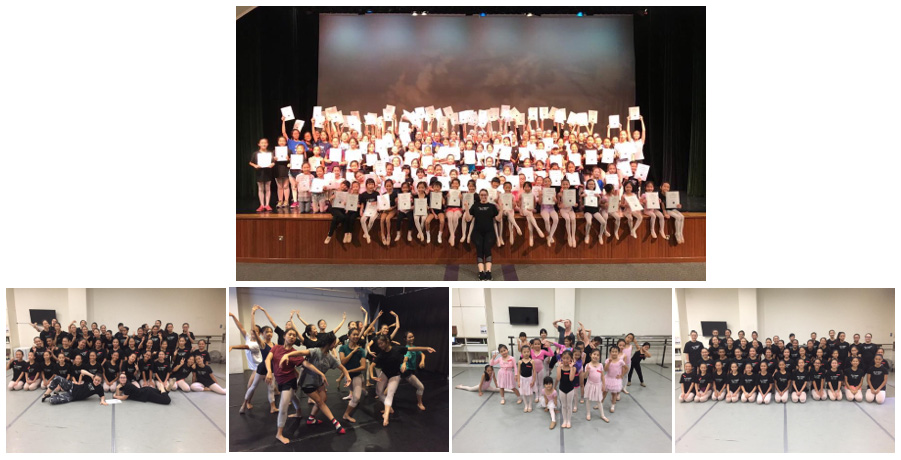